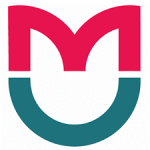 The first ever lecture was delivered on September 26, 1906). The course was at that time called HMCW (Higher Medical Course for Women). The course listeners were called “medichki”. The first “medichki” graduation was in spring 1912.

Since the establishment of the HMCW medical department up to the February Revolution of 1917, a total of 1060 students were trained there.

The revolutionary events of 1917 gave an incentive to a new wave in the history of HMCW. The “Interim Government Herald” (Vestnik Vremennogo Pravitelstva) informed about the legislation of the draft for the transformation of women courses into women universities. However no practical implementation of the legislation followed. On top of that, the study years 1917-1918 started off with huge complications and in November the studies were dismissed. On October 16, 1918 the People’s Commisariat Board decreed to transform HMCW into 2nd Moscow State University (2nd MSU), thus becoming a new educational establishment of mixed character without considering the former a separate educational establishment.

2nd MSU existed up to 1930. Later on, as a result of reorganization 3 independent institutes came to existence including 2nd Moscow State Medical Institute (2nd MSMI). Then a period of progressive development started and lasted till the World War. This includes the formation of new departments and faculties. Each department had a scientific student society of its own. During the early days of war, when the state examinations were over after spring, practically all the graduates were sent to the Red Army Forces. Throughout all the years of war, the institute operated as usual and kept on training specialists. On November 23, 1946 on account of 40 years of its foundation, the USSR Presidium of the Supreme Soviet decree decided to honour the institute with the name of I.V. Stalin. From that year onwards up to 1957, the institute was officially called “2nd MSMI named after I.V. Stalin”.

And on May 30, 1957 as a dedication to its 50th year of foundation, the RSFSR Presidium of the Supreme Soviet decree honoured 2nd MSMI with the name of Russian surgeon and anatomist N.I. Pirogov. In 1966, on its 60th anniversary, the institute was awarded with Order of Lenin and acquired a new name which was 2nd MOLSMI named after N.I. Pirogov. 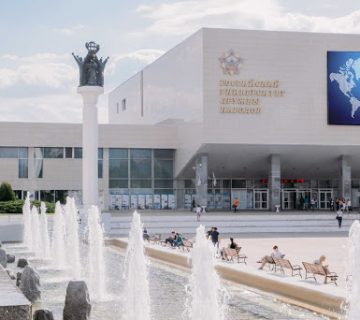