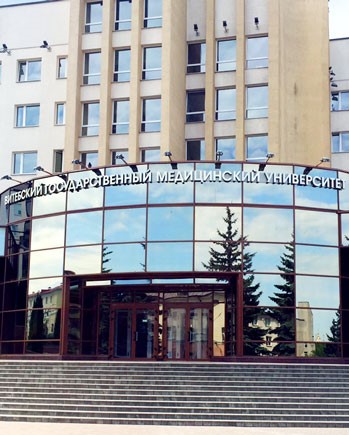 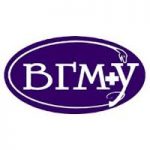 Vitebsk State Medical Institute was established as a hospital-medical institute in November 1, 1934 by Resolution of the Council of People’s Commissars of the BSSR. The total number of students on all courses was 250.

MD, Professor Moisei Anisimovich Khazanov, a graduate of the Medical Faculty of the University of Bern (Switzerland) was appointed as the first Rector of the Institute. 12 Professors, well-known in the USSR and abroad medical scientists, started to work with him: Professor Pavel Markovich Gurevich, a graduate of the University of Strasbourg (Alsace – France), became the first dean. In 1938 a hospital-medical institute was renamed into Vitebsk Medical Institute.

In 1951 the Institute was headed by a graduate of First Moscow Medical Institute, Professor Ivan Illarionovich Bogdanovich. In 1952-53 a large group of famous academicians and professors came to the Institute from Moscow and Leningrad: V.V.Shapurov, S.B.Vainberg, I.B.Aleshkovich, L.N.Goldman, E.S.Ketiladze, N.M.Yanchur, K.L.Markuze, P.N.Maslov, L.Ya.Shostak, I.L.Sosnovik and others. For 10 years they have created strong medico-biological and clinical schools which are still honored both in our country and abroad.

In 1959 the main academic building was put into operation. In 1959 Pharmaceutical Faculty was created, along with the current General Medicine Faculty.

In 1961 the Institute was headed by Professor Medvedeva Glafira Antonovna. In 1962 the Central Scientific Research laboratory was founded. From 1965 to 1979 Docent Medvetskiy Evgeniy Nikandrovich was the Rector of the Institute. Preparatory Training Department was opened in 1974.

From 1979 to 1996 Honored Worker of Science of BSSR, Professor Sachek Mikhail Grigoryevich was the Rector of the Institute. In 1981 the new laboratory and theoretical building housing the total area of 14 thousand square meters came into operation. In 1981 Vitebsk State Medical Institute began training medical and pharmaceutical specialists for foreign countries. For merits in training of highly qualified specialists and contribution to development of medical science and public health service according to the Decree of the Presidium of the Supreme Soviet of the USSR Vitebsk State Medical Institute was awarded the Order of Peoples’ Friendship in 1984 (by the 50th anniversary of VSMI). In 1984 the Faculty of Advanced Training of doctors was opened. In 1989 the Ministry of Health of the USSR passed the Institute for subordination to the Ministry of Health of the BSSR.

From 1997 to 2005 the University was headed by Alexander Nikolayevich Kosinets. During this period the University held a profound transformation. The Faculty of Overseas Students Training and Advanced Training and Retraining Faculty were opened in 1997, the Faculty of Career Guidance and Pre-University Training – in 1998, Stomatological Faculty – in 2001, the Faculty of Advanced Training in Pedagogics and Psychology – in 2001. New departments and courses of professional development are organized at the faculties. An electronic library was created, computer classes are connected to global sources of information. In March 10, 2003 by order of the Ministry of Health of the Republic of Belarus the Clinic of Vitebsk State Medical University was founded.

In 1998 the Institute has successfully passed the certification and accreditation of the status of higher educational establishment of a university type and was transformed into Vitebsk State Order of Peoples’ Friendship Medical University.

In 2005 MD, Professor Valery Deikalo became the Rector of the University. Since 2010 the University has been training on the second stage of higher education (Master’s program). In 2010 a morphological building was put into operation and medical library of VSMU – in 2011.

For the years of working the University has trained more than 14,000 physicians and more than 6,000 pharmacists. Graduates of the University are great organizers and leaders of practical public health, heads of clinic departments, head physicians. Over the years, superior positions in the Ministry of Health of the Republic of Belarus were occupied by K.N. Anishchenko, N.I. Stepanenko, V.M. Orekhovskiy, V.V. Kolbanov, A.S. Romanenkov. I.M. Drobyshevskaya was the Minister of Health. S.N. Govorushkin and V.N. Lectorov were the Chairmen of the Committee on Health of the House of Representatives of the National Assembly of the Republic of Belarus. A.N. Kosinets was Deputy Prime Minister of the Republic of Belarus (2005-2007), the Chairman of the Vitebsk Oblast Executive Committee (24.11.2008-27.12.2014) and currently he is the Chief of Staff of the Presidential Executive Office. Yu.N. Derkach is the Chief of health in Vitebsk Oblast Executive Committee. All CEOs of the unitary enterprises “Pharmacy” and the leaders in the field – M.G. Shalaeva, V.V Kupriyanov, N.N. Gritsevich, V.F. Sosonkina, G.V. Godovalnikov, L.A. Reutsky, S.N. Kiselyova, Z.A. Filipenko, S.K. Ustyugova – our graduates. The rector of Gomel Medical University A.N. Lyzikov – a graduate of VSMU. Only in the Russian Federation 5 generals-our graduates serve today. Main Military Medical Department of the Russian Federation is headed by Colonel General I.M. Chizh. The Department of Medical Service of the Armed Forces of the Republic of Belarus is headed by our graduate – Colonel L.A. Bogdanov, the Central military hospital – S.F. Savitskiy.

In March 18, 2015 MD Anatoliy Tadeushevich Shchastniy, the graduate of 1984, Professor of Surgery Chair of the Faculty of Advanced Training and Retraining was appointed as a rector of Vitebsk State Medical University. 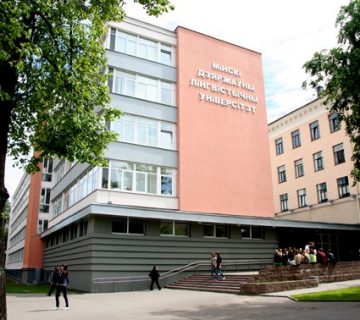 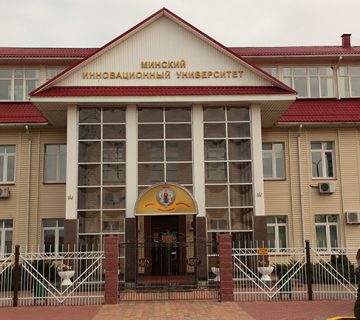