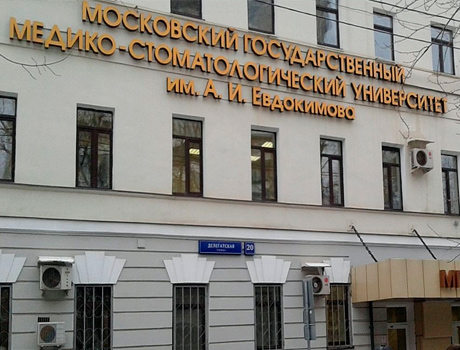 The history of Moscow State University of Medicine and Dentistry (MSUMD) dates back to the 19th century, when the first dental school was opened in Moscow by I.M. Kovarsky. Later, when the Soviets came to power in Russia, it was turned into the House of Soviet Dentistry, and was called upon to tackle a tremendous task of organizing dental health services for the population. The main purpose of MSUMD has always been to train highly qualified medical professionals. Several prominent Russian health care figures who had played a prominent role in establishing the university made a point of including dentistry in the curriculum of the medical school, including N.A. Semashko, P.G. Dauge, M.В. Yankovsky and A.I. Yevdokimov.

In February 1920, when the Kovarsky dental school went under the jurisdiction of Narkomzdrav (the People’s Commissariat of Health), the Kovarsky school was transformed into a dental research center by the decision of Narkomzdrav’s dental health division in order to bring together all dental care units that existed at the time in different parts of Moscow — a demonstration dispensary, a chemical laboratory, and the Kovarsky institution itself. The center was named the House of Soviet Dentistry (HSD) and among its main purposes were the retraining of former dentists into oral care consultants, and the preparation of secondary dental personnel, such as dental mechanics, filling and prosthetic specialists, and chair side assistants.

First renamed in December, 1920, the HSD’s official opening took place two years later in April 1922, when again it was given a different name. This time it was the State Institute of Dentistry (SID), which was to be headed by M.В. Yankovsky, who directed his staff in an in-depth study of Dentistry and Odontology before anything else; the two major problems to be solved were tooth decay and periodontal disease. Among those who joined efforts in the study of these problems were scientists such as professors Ya.S. Utshtem, M.S. Nemenov, M.О. Kovarsky, N.M. Vilnik, and A.I. Yevdokimov, who replaced M.В. Yankovsky at the post after his death in January 1923. A.I. Yevdokimov made large contributions of his own in the SID’s development and that earned him the titles of Honored Scientist of the Russian Federation, a corresponding member of the Academy of Medical Sciences of the USSR and of Hero of Socialist Labor. Another new name, that of the State Institute of Stomatology and Odontology (SISO) was given in April 1927 by decree of the Sovnarkom (the Soviet government). The SISO was to continue the job of training dentists through a specially organized refresher course for dental professionals and a dental specialization course for general medicine faculties. This helped to streamline the public dental health care as well as carry on with scientific research in the fields of dental and oral pathology and therapy, maxillofacial surgery, orthodontics, and prosthodontics.

In 1932, the SISO was renamed yet again, this time to the State Research Institute of Stomatology and Odontology (SRISO) and from then on it was concerned mostly with scientific research problems. There were no educational departments in it at the time, those having been replaced by newly formed divisions for pathological physiology, morphology, surgery and social dentistry instead, to which a steel prosthetics laboratory was added. Another, central, laboratory for prosthetics research was set up a year later in 1933 to manufacture steel dentures on a large scale. 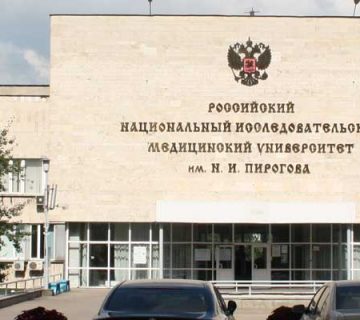